Early pens were black. As Paul Erano says… “So….Whaddya think of black pens?” I love them. But some misguided souls find them…. Well…. boring. Pen makers could add chasing. Or to be fancier, gold bands were added to the barrel or cap in a smooth, art nouveau or floral pattern. Red hard rubber is nice and seemed to be the only available color besides black, but it was prone to cracking. However, mixing red and black hard rubber gave us some amazing results.

We know that not all MHR pens have the same patterns. This got me thinking about describing groups of similar patterns. We all have come to use Ripple for the regular organized pattern on Waterman’s Red Ripple pens. Thankfully, the company named their striking pattern for us. Similarly, a woodgrain pattern is rather intuitive, and is commonly seen on Wahl flat top pens such as the gold seal and deco band pens.

First, allow me to be rather brash and rename “MHR” a bit away from “mottled hard rubber”. The word “mottled” is accurate, but fails to describe that there are patterns. I would keep the MHR acronym, but have it stand for “mixed hard rubber.”

A Taxonomy of Patterns of Mixed Hard Rubber (MHR)

Swirl: spiral pattern with most of the pattern in diagonal lines 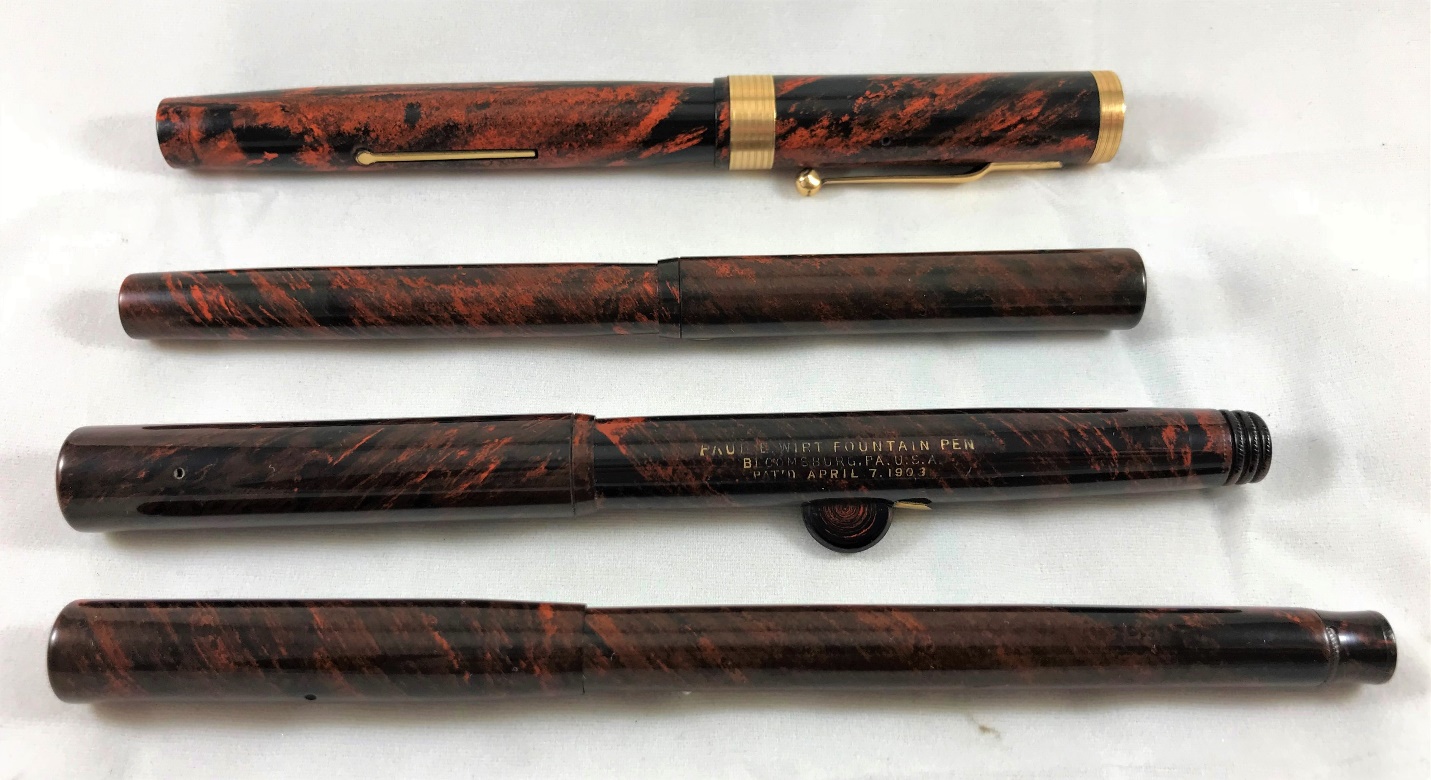 Woodgrain: well, resembling the grain on cut wood. According to Trevis Young, a well known South Bend Indiana Penthusiast, “Wahl’s woodgrain is clearly the nicest mixed hard rubber available in vintage pens.” It is hard to argue with that assessment.

Mottled: nicer that saying blotchy or splotchy. We could subdivide into fine and coarse mottled if one is prone to subdividing (yes, even on the same pen)

Layered: this is like “swirl”, but layers are nearly circumferential on the barrel.

Muddy: because sometimes the rubber mixing worker overdid it.

Ripple: Well, just look at it! Beautiful. It is a regular pattern or curves. I have heard that strings were placed inside the edges of a tube, and the red and black was layered. Then the strings were pulled out to pull the layers into this pattern. True or not, that theory makes a lot of sense. And thankfully it is now available in other colors for modern pen makers to dazzle us with.

And in the age of “designer dogs” like the maltipoo, labradoodle, schnoodle, chiweenie, feel free to combine the above. Examples might include a swirly woodgrain with geographical patches, or “it’s a MHR burl, but with some woodgrain down the sides. 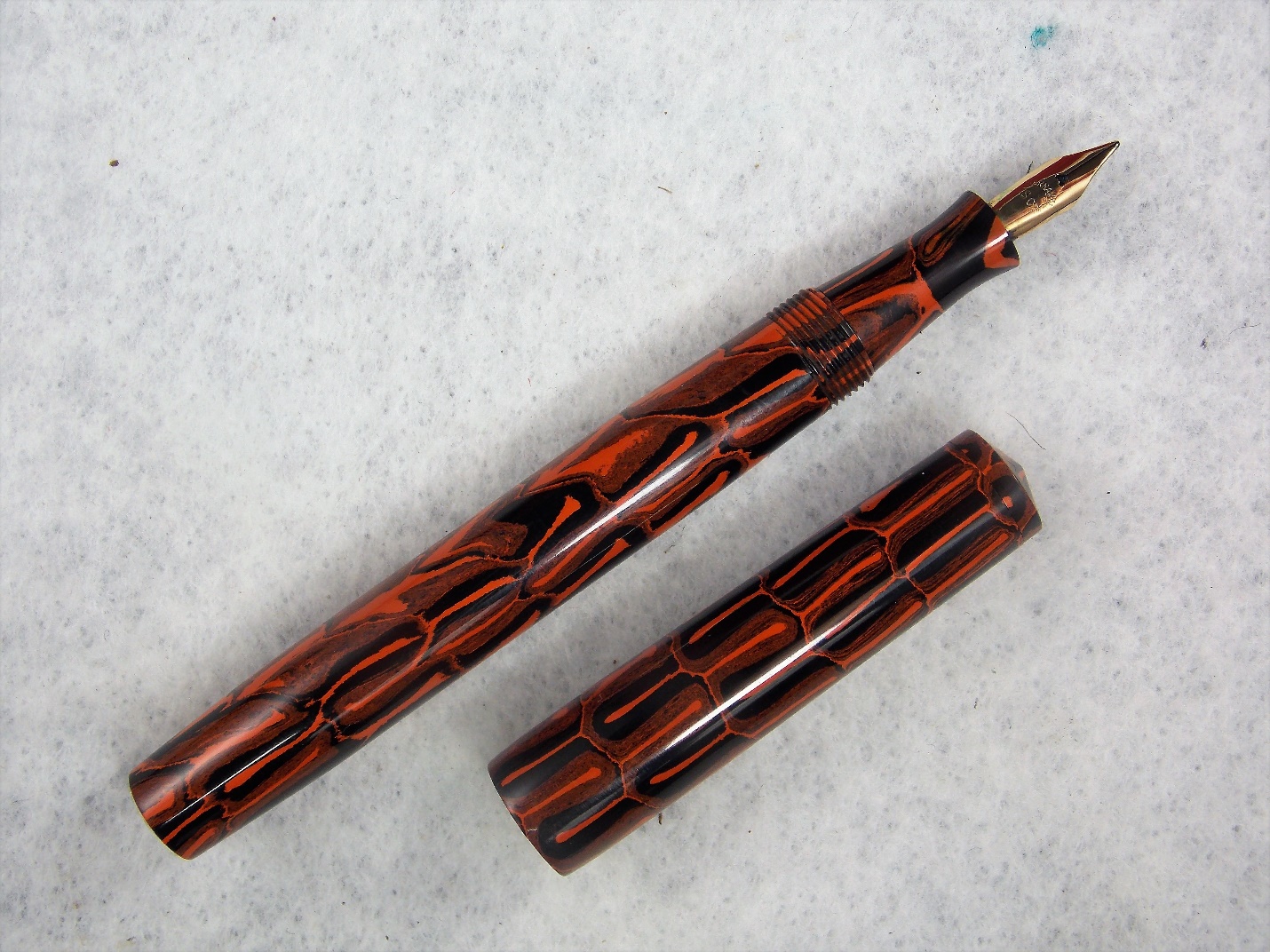